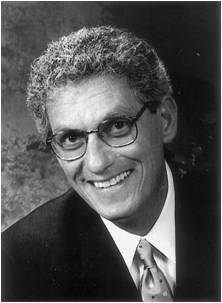 Joel J. Roslyn, MD, was the Chairman of the Department of Surgery at the Allegheny College of Medicine in Philadelphia. Dr. Roslyn passed away on July 4, 1999. He was born in Flushing, New York, received his undergraduate degree from Union College, and received his MD from Albany Medical College. He completed his Surgical Internship, Residency, and a Research Fellowship at the University of California, Los Angeles (UCLA). He then joined the faculty at UCLA where he received national recognition for his research, teaching and clinical expertise.  Dr. Roslyn was an established researcher in the field of gallstone pathogenesis, and a nationally and internationally respected expert in pancreatic and biliary disease. He had been funded continuously for his research by the Veterans Administration and the National Institutes of Health.

In 1992, Dr. Roslyn and his family moved to Philadelphia where he became Chairman of the Department of Surgery at the Medical College of Philadelphia, and after the merger with Hahnemann School of Medicine, he became the surgical leader of the new Allegheny University of the Health Sciences. During this short period in Philadelphia, Dr. Roslyn had built an outstanding faculty, attracting a number of excellent senior staff, and most importantly in his eyes, recruiting and nurturing the careers of several outstanding young surgeons. Dr. Roslyn was a valued active member of the Society of University Surgeons. He and his research fellows had a long track record of presentations before the Society. He served as a Councilor- At-Large for three years and President of the Society for the year 1995. Dr. Roslyn was a friend to all of us in the Society and left us with his great faith in humanity.

For those who knew him, his memory will live on forever. However, in recognition of his leadership, his contribution and his friendship, the SUS has chosen to provide a lasting memory of Dr. Roslyn. Dr. Roslyn will be recognized at each SUS Meeting by the provision of an annual Invited Commentary, reserved for a superannuating member, named in honor of Joel J. Roslyn, MD.