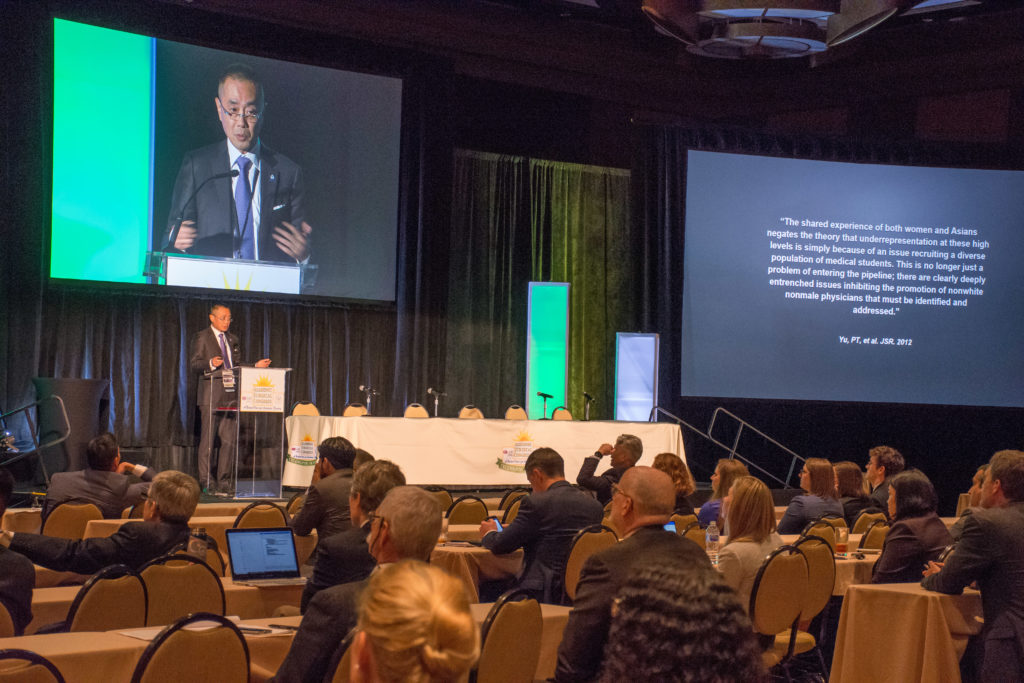 2019 SUS Joel J. Roslyn Lecturer and Past President George Yang, MD, PhD, gave an inspiring and informative talk about the history of Asians in America. He described his childhood in Illinois as one of the few Asians in his suburban high school. Similar to many Asians and minorities, he described how many did and continue to engage in “cultural code switching” to fit in. He described the historical barriers to Asian immigration that only ended with immigration reform in 1965. Due to the preference for immigrants with specialized skills, many in this wave of Asian immigrants had careers in S.T.E.M. fields. Because of a multi-generational family structure and a culture of filial respect, many of their children would follow their footsteps into these professions. Once in the US, the “bamboo” ceiling often prevented qualified Asians from achieving their full potential, similar to the barriers women have experienced, and this has also been reflected in the world of surgery. In an effort to improve career development, the Society of Asian Academic Surgeons (SAAS) was formed. This close knit society focused on the networking and developing academic careers of Asian surgeons. While focused on Asians, SAAS has an inclusive membership and advocates for diversity in all its forms. He emphasized that we all need to be aware of the need for equal representation.

Dr. Cristina Ferrone is the Secretary of the Society of University Surgeons. She is the Surgical Director of the Liver Program in the Division of General Surgery and Associate Professor of Surgery at Massachusetts General Hospital.