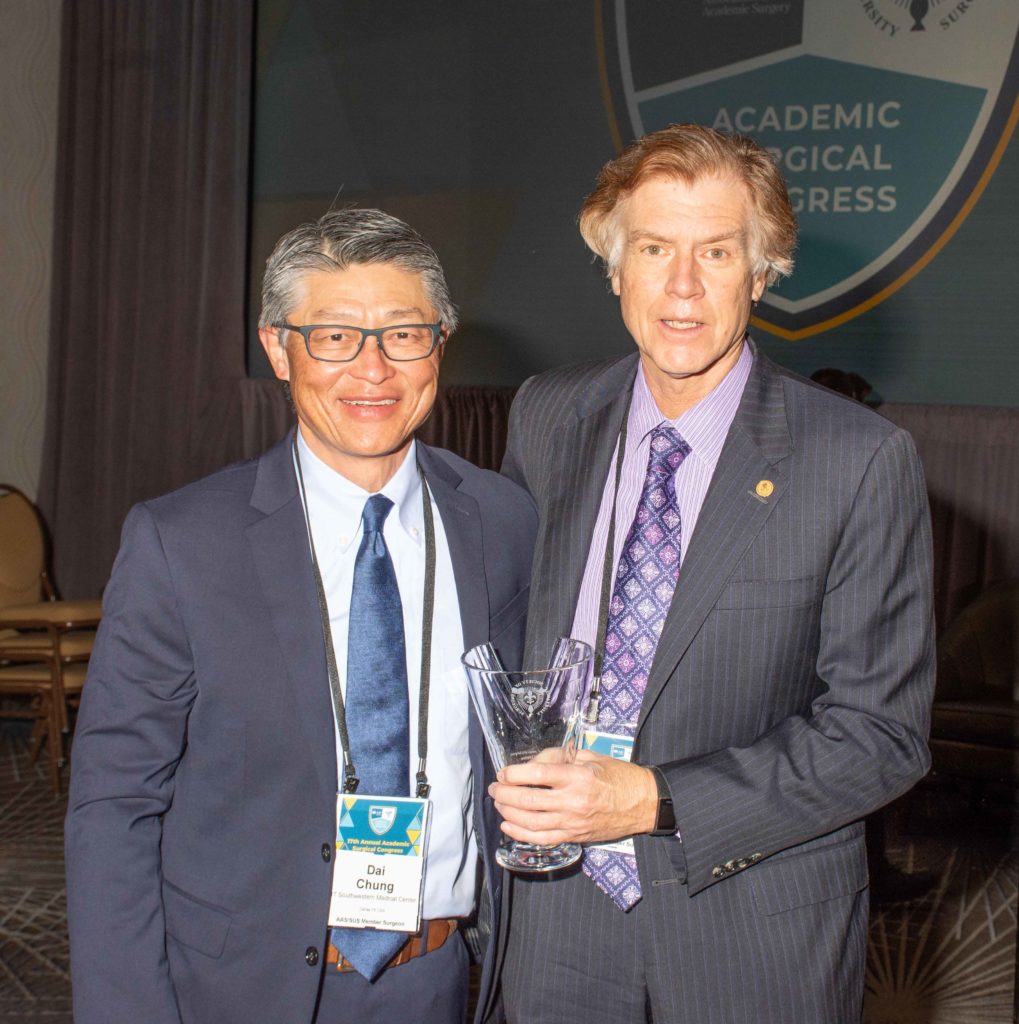 The Lifetime Achievement Award (LTAA) was established in 2004 by the SUS to recognize prominent individuals who have had significant contributions to surgical science, education, mentorship and have demonstrated unwavering support for the SUS mission. Past LTAA recipients are truly representative of the pinnacle in the field of academic surgery. At the 2022 Academic Surgical Congress, the SUS LTAA was awarded to Dr. B. Mark Evers (Past-SUS President) of the University of Kentucky. Dr. Evers was elected for this prestigious award by his peers from a highly competitive slate of nominees. Dr. Dai Chung (Past-SUS President) introduced Dr. Evers with a few representative quotes from Dr. Evers’ mentees and friends who described him as “the gifted surgeon-scientist”, “a fabulous teacher”, and “a true academic surgeon”. Dr. Evers received this LTAA award with humility and gratitude. He attributed his success to his mentors: Dr. Hiram C. Polk, Jr., Dr. James C. Thompson, and Dr. Courtney M. Townsend, Jr. (all previous SUS LTAA recipients) and his tenure in serving with the members of the SUS Executive Council from 1998-2003, during which transformative initiatives were organized with the ultimate establishment of the inaugural Academic Surgical Congress by both the SUS and the AAS in 2006.