SUS Presidential Session: Storytelling: The Power of a Narrative 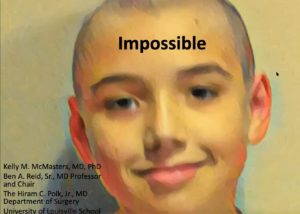 Dr. Kelly McMasters, Ben A. Reid Sr., M.D. Professor and Chair, University of Louisville, Department of Surgery, shared with the attendees his personal journey of achieving the “Impossible” with his son, Owen. Owen was diagnosed with leukemia at a young age and needed the life-saving medication, methotrexate. Motivated by a national shortage of methotrexate, Owen started a nationwide campaign to end this shortage. Not only was Owen successfully in this campaign, he also provided his own leukemic cells for the innovative immunotherapy research at the University of Louisville School of Medicine. Because of Owen’s unwavering determination, other kids with leukemia will no longer suffer due to drug shortages and will soon benefit from targeted immunotherapy. The “Impossible” was achieved by a Father and his Son, Owen McMasters (6/4/99-2/15/16). 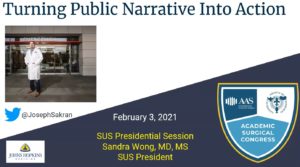 Dr. Joseph Sakran, Director of Emergency General Surgery and Associate Chief of the Division of Acute Care Surgery at the Johns Hopkins University School of Medicine, shared with the attendees his personal stories which help defined his passion in the campaign for gun violence prevention. His journey began when he was struck by a stray bullet as an innocent bystander during his senior year in high school. Since this devastating event that nearly took his life, Dr. Sakran devoted his career not only to trauma surgery but also in health policy in the prevention of gun violence. He stressed the importance of finding a purpose in life which ultimately defined who he is today. Dr. Sakran ended his presentation with a poignant story of a mother who had just lost her young son to gun violence. In the midst of dealing with her devastating loss, the mother saw the pain in Dr. Sakran’s face and comforted him in the most compassionate way. These seemingly trivial interactions are what fuels Dr. Sakran’s devotion to gun violence prevention. 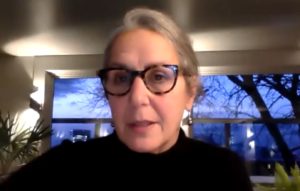 Dr. Jo Buyske, President and Chief Executive Officer of the American Board of Surgery (ABS), depicted the trials and tribulations of how she handled the recent web-based ABS qualifying examination crisis. The nationwide COVID-19 pandemic necessitated the ABS to make some tough decisions on revamping the qualifying examination format to a fully web-based examination with virtual proctors. Due to amalgamation of many unpredictable factors, this web-based ABS qualifying examination process started to freeze for many examinees soon after it started. Frustrations and fear ensued for countless examinees. Overwhelming phone calls and emails began to pour in almost immediately to Dr. Buyske’s office. Despite these challenges, Dr. Buyske relied on her experience as a surgical leader and handled the crisis in a logical step wise fashion akin to the way surgeons handled adverse patient complications. She outlined 5 steps in successive orders for crisis management: 1) acceptance and take responsibility 2) be humble and seek advice 3) damage control and mitigate harm 4) recognize the problem and support those affected 5) Listen first. Last, and arguably most important, is to be self-aware and maintain self-efficacy throughout any crisis in life.