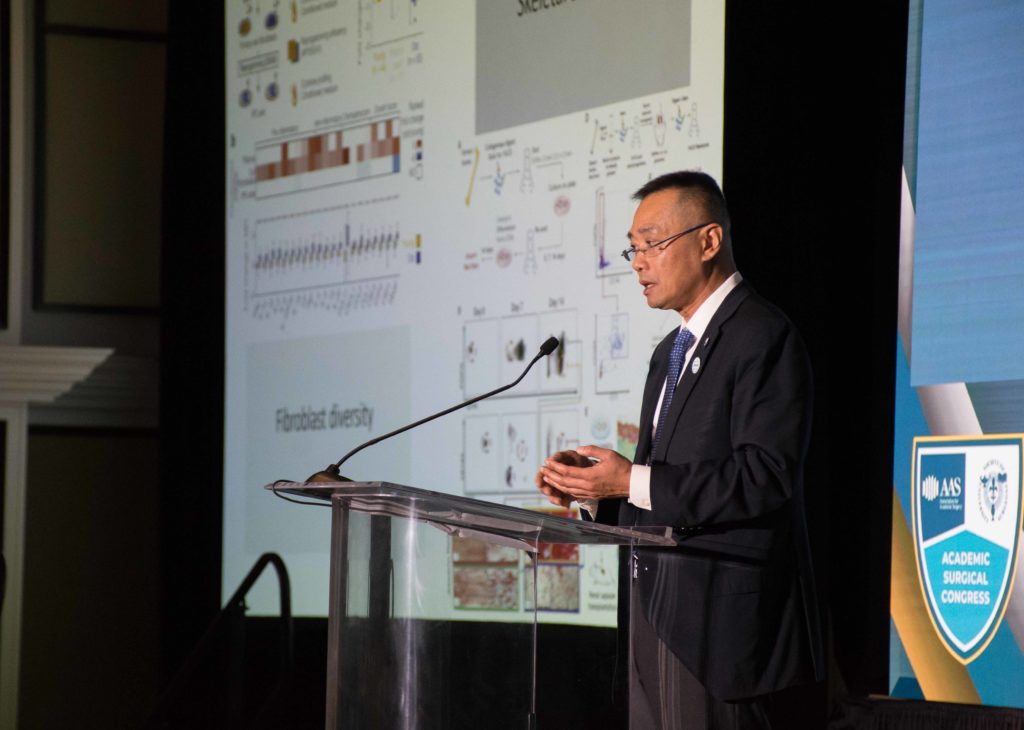 Dr. Longaker’s father was a professional baseball player for the St. Louis Browns. His father would go on to work in the American automotive industry in Detroit for the rest of his career. His mother took care of running the household. He had an older sister, Sue, whom he looked up to. He was a good student and all-around athlete who went on to college at Michigan State University, where he wound up on the men’s basketball team. His dreams of becoming the starting point guard were dashed with the arrival of a new recruit named Earvin Johnson, better known later by the nickname Magic. That basketball team would go on to the 1979 NCAA championship. Sensing his future in professional basketball was limited, he went on to Harvard Medical School, followed by residency at UCSF from 1984-1993.

Dr. Yang highlighted Dr Longaker’s aptitude for fame.  As a PGY 3 resident, he was profiled in a Time magazine investigation of resident work hours in the wake of the Libby Zion case. At the time, he thought he was going to be a pediatric cardiac surgeon. Despite having no interest in research, Dr. Haile Debas, the Chair of Surgery, thought he would benefit from going into the lab to do research. It was there that Dr. Michael Harrison would have a profound influence on him. Dr. Longaker would describe the phenomenon of scarless fetal healing, a research topic that he would pursue for the remainder of his career. His growing interest in research would lead to a major change in his career.

His burgeoning interest in wound healing research would lead Dr. Longaker to change his career goal from pediatric cardiac surgery to craniofacial plastic surgery.  After general surgery residency, he completed a plastic surgery residency with Dr. Joe McCarthy at New York University and followed by a craniofacial fellowship with Dr. Henry Kawamoto at UCLA.  Dr. Frank Spencer then recruited him back to NYU for his first job. He might possibly be the only academic surgeon to start his career as an endowed Professor.  Four years later, he would be recruited to Stanford University where he has remained to this day.

Dr. Longaker has had a tremendous career investigating regenerative medicine. He is responsible for being one of the originators of two major fields of biologic research: fibroblast diversity and the skeletal stem cell. His initial interest in scarless wound healing would grow into the finding that fibroblasts have subpopulations with very different biological roles, the idea of fibroblast diversity.  The skeletal stem cell has been shown to be the primary cell responsible for generation of all the tissues of the skeleton including bone and cartilage.

Dr. Longaker’s work has resulted in over 1300 publications with multiple yearly publications in the signature journals of the field including Science, Cell, and Nature.  His work has been funded by all the major funding agencies including the NIH, DOD and VA leading to over $67 million of research money over his career.  He has mentored and influenced numerous trainees, many whom are now in academic positions around the country and including multiple division chiefs and a Dean of a School of Engineering.

Dr. Longaker has been an important member of the Society of University Surgeons. He served as the SUS Treasurer from 2004-7 and the SUS President from 2007-8. More importantly, his research group has been responsible for at least 10 presentations per year for the last two decades. Dr. Longaker is present at every meeting and continues to contribute to the discussion in all the scientific sessions. He is truly one of the great surgeon scientists of this generation. 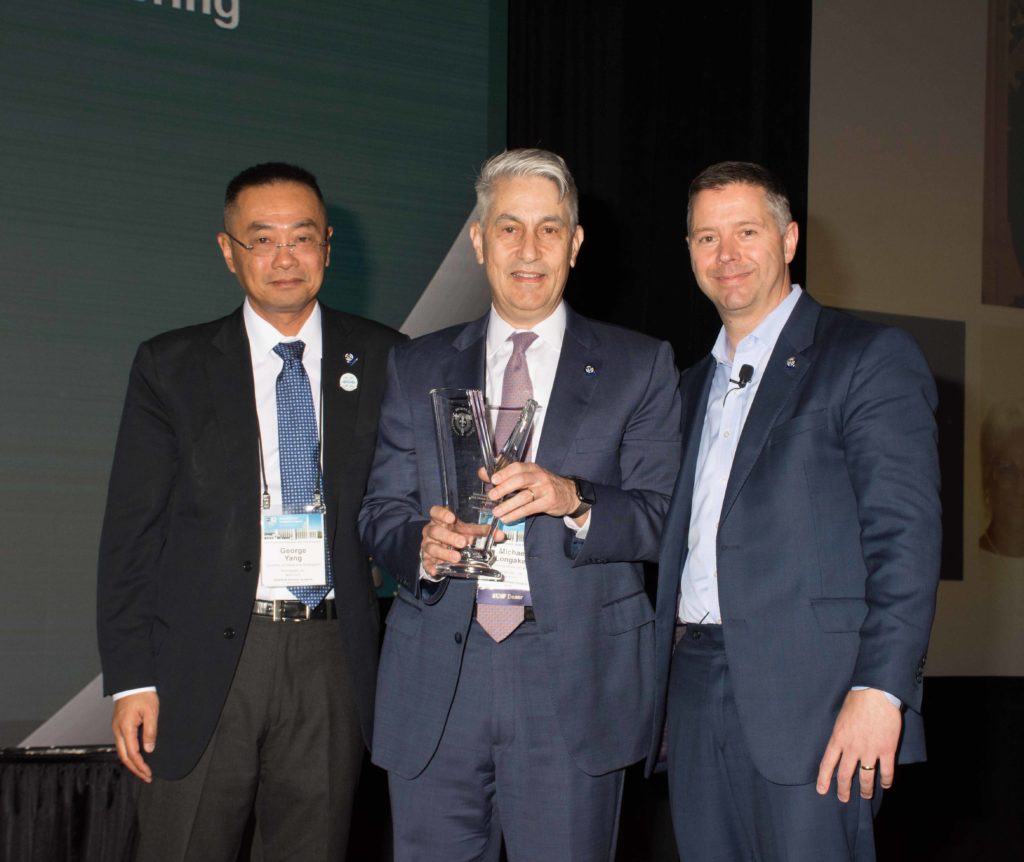