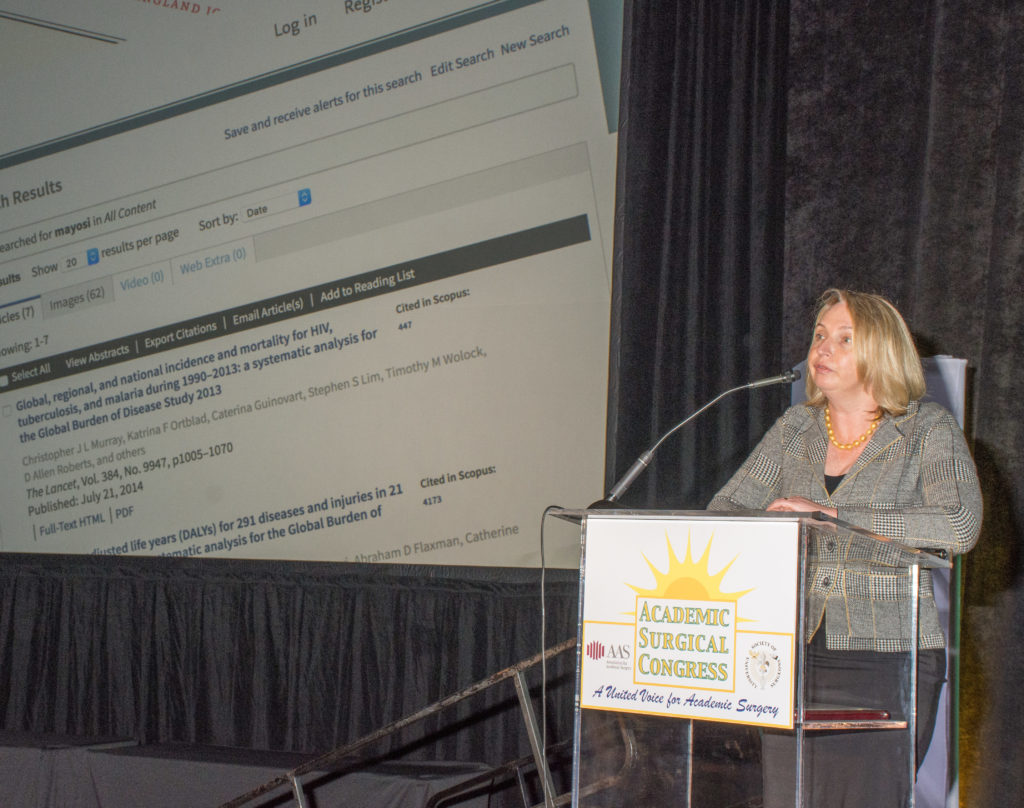 SUS President Dr. Allan Tsung invited Dr. Elmi Muller to join the SUS Presidential Session: Measuring Success Through Impact. Dr. Muller is a South African transplant surgeon who pioneered the first HIV+ organ to HIV+ recipient transplantation, which was published in both the NEJM and the Lancet. She was recognized as one of the most influential women in the 2014 CEO Magazine and is a true hero amongst transplant surgeons. She began her presentation with the story of Dean Bongami Mayosi. He was beloved by the faculty and incredibly successful academically. He committed suicide one year ago at the age of 51 years old. There are many positive attributes of the medical profession, such as compassion, service, curative competence, and excellence, but also a dark side to these attributes, which can result in emotional exhaustion, depersonalization, and ineffectiveness. Women are 1.6 times as likely to report burnout, but the suicide rates are much higher in men. She advocated for us to find true fulfillment at work, because that is the best protection against burnout.

She achieved success by having a significant impact on society. South Africa has 50 million people and 21% (5.4 million) have HIV. The majority of the population (84%) relies on the South African government for their healthcare, yet in the past the minister of health denied retroviral therapy and suggested eating better as a way to treat HIV. She went on to eloquently describe the hurdles she encountered as she set up the HIV+ organ to HIV+ recipient transplantation.

She emphasized that you can have success, but not happiness if there is no meaning or significance.

She left us with quotes from John Lennon, Victor Frankl and the poem The Man in the Glass by Peter Dale Wimbrow Sr.