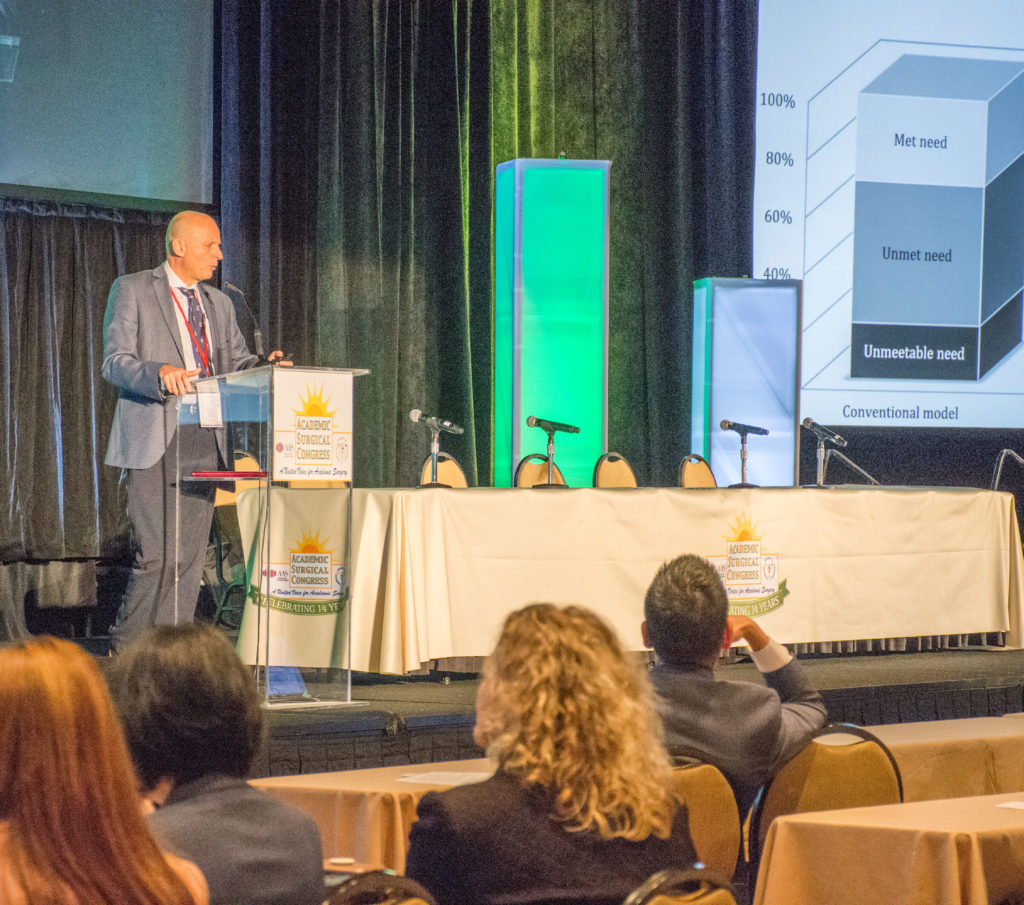 As part of the SUS Presidential Session by Dr. Allan Tsung, Dr. Dan Poenaru described his “Reaching out beyond” and his impact on Global Surgery. After training in Montreal his mission was to improve the care of patients, especially children in Africa. He began his presentation with a picture of Isaac who was born with bladder exStrophy. Isaac is a young boy who had been seen in the clinic, but could not return from his village for 2 years, because it took 2 years to get the bus fare. He could not go to school because he smelled of urine, so had to stand outside the schoolhouse and look through the window.

His passion and sense of CALL has driven his work at BethanyKids at Kijabe Hospital, outside of Nairobi. He and other surgeons performed a wide breadth of operations, for pathologies with late presentations and advanced disease, which were often complicated by malnutrition. Africa has the problem of “the too’s”: too many, too far, too late, too poor, too few to help, too little done. However, despite this they have made progress by working with the Pan-African Academy of Christian Surgeons INITIATING EAST AFRICA’S FIRST PEDIATRIC SURGERY FELLOWSHIP TRAINING PROGRAM to bring up the level of care provided to the patients.

He described the lessons he has learned during his journey
• people matter most, not processes – relationships are key
• education is a privilege
• anything is NOT necessarily better than nothing
• good care takes time
• we don’t just share our skills, we share ourselves
• humility is the only way to show true compassion

He was thankful for what he has been able to accomplish and relished that he was able to sit “behind” the surgeons he trained and watch them care for patients. He concluded by thanking his wife, two sons and God for all the strength he has received.