The Society of University Surgeons (SUS) and the Society of University Surgeons Foundation announce with great sadness the passing of Marshall J. Orloff, MD, Distinguished Professor of Surgery Emeritus and Founding Chair of the Department of Surgery at the University of California, San Diego. Dr. Orloff was President of the SUS in 1971 and was recently awarded the SUS Lifetime Achievement Award on February 3, 2015 at the Academic Surgical Congress. This award recognizes individuals who have had a sustained career in academic surgery with contributions to surgical science. Dr. Orloff was nominated and selected by his peers based on his exceptional record of service and leadership for the SUS. Dr. Orloff was continuously funded by the NIH for 48 years, published over 450 scholarly articles, served in 40 different editorial appointments, and been a Visiting Professor at 90 universities.

We interviewed Dr. Orloff in 2014 for the SUS member newsletter regarding his Lifetime Achievement Award. Here is an excerpt from that article:

The Society of University Surgeons had long played a part in Dr. Orloff’s academic life. He was exposed to the society very early in his career and was impressed by the intellectual and scientific quality of the organization. Dr. Orloff served on the SUS Executive Council for 7-8 years as a Councilor-at-Large before becoming President and was very much involved in the organization. Dr. Orloff described his experience thusly, “it was an enriching experience because the other people who were on the Council at the time all became lifelong friends…they really were outstanding people.”  Dr. Orloff stated that “one had the opportunity to make a lot of friendships with people of like mind who are accomplished people and this was a very valuable reason for belonging to the SUS.” He and his wife Ann did not miss a meeting from the time that he was elected to membership. Now, with their children being accomplished surgeons, the meeting actually provides an extra benefit in terms of being able to spend time with their children, including Dr. Susan Orloff, who is Chair of the SUS Global Academic Surgery Committee.

When discussing his many accomplishments, Dr. Orloff states that he would not have been successful without his wife, Dr. Ann Orloff. In the surgical profession, he mentions that it can be difficult to balance a professional and personal life. Dr. Orloff believes that it’s important to find the right mate that understands what you are doing. He recalls that they met during his internship and that she actually was the one who typed all of his applications for residency because he could not type. He also jokes that it was her blue Dodge coupe that helped him to get around when he needed to. On a more serious note, Dr. Orloff said “I was very lucky to have this wonderful woman who felt the way that I did about medicine and about the care of patients; my wife made my life possible.”  As for his children, Dr. Orloff considers himself to be very fortunate and is eternally grateful for all of the good things in his life. Although they never urged the children to go into medicine, Susan Orloff, MD is a top liver transplant surgeon with a joint appointment in microbiology at Oregon Health Sciences University, Mark Orloff, MD is the head of organ transplantation at the University of Rochester, Lisa Orloff, MD is a renowned head and neck surgeon at Stanford University, and Karen Orloff is a medical research social worker at UCSD. Bruce Orloff is a high school educator and Eric Orloff is a senior juvenile defense attorney. Dr. Orloff states that “they all take after their mother… she has been a wonderful role model.”

The SUS and the SUS Foundation are honored to have called Dr. Orloff a member, mentor, leader, colleague, and friend. 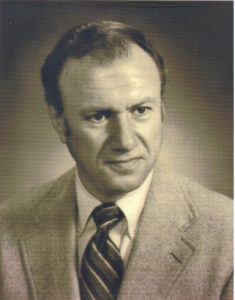