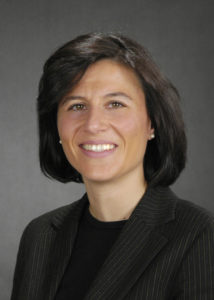 SUS Highlights from the 2018 ASC

Thank you for making the 13th Annual Academic Surgical Congress (ASC) a tremendous success. The Society of University Surgeons met in Jacksonville in the newly renovated Hyatt Regency Jacksonville Riverfront on the St. Johns River. This was the first event for the hotel after being flooded and severely damaged by Hurricane Irma in September 2017. Despite concerns over the damage incurred by the hurricane, the ASC brought in 1844 academic surgeons and trainees, which is 300 more than two years ago in Jacksonville. We had 1406 abstracts presented, 16 Plenary sessions, 356 Oral presentations, 1034 Quickshot presentations, and 121 manuscripts submitted.

The success of this year’s meeting is due to the diligence of Dr. Rebekah R. White, SUS Publications Committee Chair, AAS Recorder, Dr. Eugene S. Kim, the ASC Core Committee, the entire SUS Publications and AAS Program Committees, and the BSC Staff. They began their work shortly after the 2017 meeting and assembled an excellent program.

Wednesday morning began early with the SUS New Members’ Breakfast. This was a spectacular opportunity for 37 new members to interact with the current and past leaders of the SUS. We were fortunate to be joined by many Past Presidents of the society, the most senior being Dr. Keith D Lillemoe, as well as the current president, Dr. Taylor Riall, and President-Elect, Dr. Allan Tsung. The day then got started with 18 parallel integrated sessions. 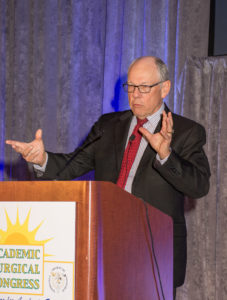 The AAS Founder’s Lecture was given by Dr. Layton Rikkers. With humor, grace, and clarity he described the principles of leadership he has followed throughout his career. Lesson 1: The heart is more important than the brain. He stressed the importance of communication regarding not only what and how something is said, but also the importance of being able to listen and accept criticism. Lesson 2: Multiple leadership styles are necessary for success including authoritative, affiliative, coaching, democratic, pacesetting, and commanding. He gave examples of different situations in which the different styles are the most effective. Lesson 3: The imprint is more important than the size of the foot. He emphasized the importance of doing what is best for the team, rather than for the leader. Lesson 4: Respect the sacrosanct. Every institution has their values and traditions which must be respected. Lesson 5: Spend your tickets wisely; there are no more. Tickets represent good will and your initial credibility. Once spent, the tickets cannot be replenished. Therefore, pick the battles you will address wisely. In summary, he emphasized the importance of self awareness, mentorship, and different leadership styles. He provided an inspirational talk with many life lessons.

The morning concluded with Dr. Rebecca Sippel delivering her AAS Presidential Address entitled, “Re-defining Success in Academic Surgery”. She described how she was doing everything and really “had it all”, until she was in a tragic accident which forced her to slow down. She realized that although she was running around “doing it all”, she was not doing what had true meaning and value for her. This terrible accident forced her to divide her life into three buckets. She began to remove items from her life which were in bucket #3. These were items she said yes to because she thought she had to. She placed the items in bucket #2 which she cared about, but could put on hold. She then focused her energy on the items in bucket #1, the things she is passionate about like her family, her research, and patient care. Dr. Sippel demonstrated incredible strength and courage, which was inspirational to everyone in the audience.

The Congress then broke for lunch with three lunch sessions. The Education Committee session “Applying the Science of Organizational Psychology to Enhance Culture as a Surgical Leader”, the AWS luncheon “Graceful Self-Promotion”, and the Elsevier luncheon “How to get your Paper Accepted: Tips from the Editors of Surgery and Journal of Surgical Research”. 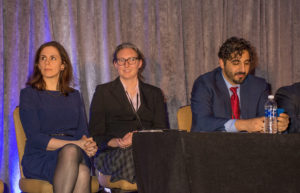 This was followed by 18 parallel quick shot sessions. 37 new SUS members displayed their posters during the SUS New Member Poster session. The session was a great event to welcome our new members into this fantastic society.

The events of the evening were once again unparalleled. The Poker Tournament raised money for the AAS and SUS Foundations. First place went to Dr. Heather Yeo representing Weill Cornell and second place to Dr. Allan Goldstein representing Massachusetts General Hospital and the SUS Foundation. The night continued with DJ Dorry L. Segev, MD, PhD getting everyone out on the dance floor.