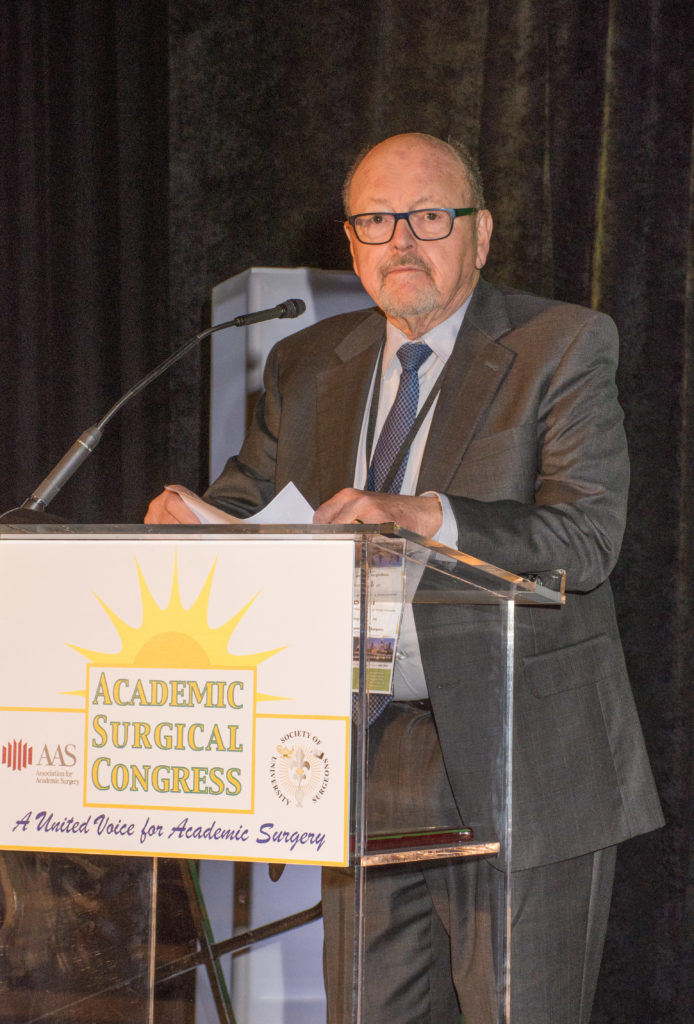 As part of Dr. Tsung’s SUS Presidential Session at the ASC, Dr. Richard Bell gave a talk on Meaningfulness and Impact in an Academic Surgical Career. He described two conditions that seem necessary for impact. The first is significance of the task in question. The second is the meaningfulness of the work to the surgeon involved in the task. Persons seek to make a difference in the world through their work – but whether their work is ultimately significant is judged by others, not by them. Therefore, an academic surgeon cannot predict impact in advance. What the surgeon can judge is whether the work itself is satisfying and stimulating to him/her. If one’s work is not satisfying, the task is unlikely to succeed even if it has potential significance. However, a project can be interesting to the surgeon but not address a sufficiently interesting problem and therefore be unlikely to have impact.

Dr. Bell described how careers have many unexpected twists and turns. He took a job at Northwestern as Chair of Surgery, and one month before his arrival, the residency program was put on probation. He decided to take on the position of Residency Program Director as well as Chair and this was the starting point for twenty subsequent years of work in education,

He recommended that surgeons take a risk to further their academic career. In 2006, he stepped down as Chairman of Surgery at Northwestern to become the Assistant Executive Director of the American Board of Surgery. In his new position, he led a process to developing a standardized competency-based surgery residency curriculum. He headed the Surgical Council on Resident Education which built a web-based portal to provide all U.S. residents learning materials for the new curriculum. He described the “lumps” he had to take while developing SCORE, but what was essential to him was that it was a task of significance, which has and will continue to have impact on the future training of surgeons.

As he concluded, Dr. Bell emphasized how important is to let the product of your labors change after you step away and to let others assume ownership so that the project can mature and continue to have impact.

Dr. Cristina Ferrone is the Secretary of the Society of University Surgeons. She is the Surgical Director of the Liver Program in the Division of General Surgery and Associate Professor of Surgery at Massachusetts General Hospital.